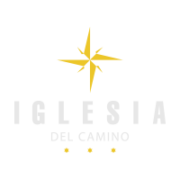 The work of Iglesia Del Camino as it presently stands began with the arrival of Pastor Humberto and Lupe Porras in September of 1992. A small group of believers, led by Pastor Paul Clark, was meeting at the Crane Street site during that time. Outreach began with the help of this small group made up of two faithful members named Vicenta Miranda and Rita Muñoz. By the grace of God and the leading of the Holy Spirit the church experienced continual growth and the need for another building in order to continue ministering to the steadily increasing congregation.

Pastor Porras began to challenge the congregation to believe God and work to prepare so that the vision for growth would be accomplished. After being led to the grounds of the present church site on West County Road, the 13 acre tract was purchased in May of 1999. Work immediately began on clearing out the land, fencing it, and building an outdoor pavilion. In August of 2001 the congregation entered a bond program in order to receive the funds necessary to build the church at its new location. Construction began in 2002 with earnest determination and the majority of work was completed by volunteer labor. The congregation began meeting at the new site in May of 2005 where it continues to meet and enjoy the blessings and growth of our Lord.

Humberto Porras was born in 1964 in Buenos Aires, Chihuahua. He was 8 when his family of 13 headed for Texas in a 1959 Chevrolet Impala. He grew up in Dumas, Texas and later attended Devry University in Dallas where he graduated in electronic engineering. He also became an active member of Templo De Alabanza church where he served the youth and young adults and where he also met his lovely wife, Lupe. In 1991 the couple went into full time ministry in Ojinaga, Chihuahua and in September of 1992 they became the pastors of Iglesia Del Camino in Odessa, Texas where they have been serving for over 20 years. Humberto and Lupe have been happily married for 25 years and are blessed with two daughters, a son and daughter-in- law, two sons in law and three beautiful grandchildren.